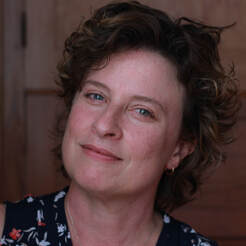 Kate wasn’t expecting to become a teacher when she took a job between junior and senior year of film school teaching stop-motion animation at a summer camp. After graduating with a BFA from Rhode Island School of Design in 1997, however, she found herself repeatedly drawn back to being with children, first in recreational settings and later in schools. Since then Kate has worked in schools of many different types, but Friends Western School is where she has been able to most fully express herself as a teacher and leader. Her guiding principle is that children deserve teachers who cultivate their students’ inherent goodness, wisdom and intellectual curiosity. Her favorite things to teach about are the history of Earth and the Solar System, human evolution and working with difficult emotions. She applies progressive teaching theories to craft learning experiences that immerse children in real situations that spark self-directed creative and intellectual activity. Kate holds a Masters in Childhood General and Special Education from Bank Street College of Education and is currently pursuing a second Masters in Progressive Leadership, also from Bank Street.
As a school leader in a cooperative school, Kate believes that learning happens best through meaningful relationships developed in the context of intentional communities, for children and their families alike. A member of Orange Grove Monthly Meeting, the Friends Meeting with which FWS shares a campus, Kate feels that the cooperative approach to running a Quaker school with parents is a rich expression of Quaker testimonies; our school is always in a state of "continuous revelation" and recreation through the loving attention of all involved. 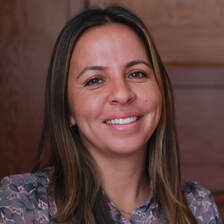 Natalie Zajac has been working with children and families for over 20 years. At a young age she discovered her love for human development and the curiosities children develop about the world around them. She received at BA from Cal State LA in Child Development. She taught at Sierra Madre Community Nursery School for 6 years, where she worked closely with teachers and families to create strong communities for children. Natalie is a strong believer in building community and sharing experiences and knowledge about human development. She is very excited to join Friends Western School to continue to work closely with families to build strong foundations for children. 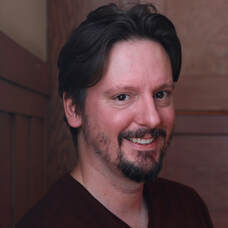 Originally from Massachusetts, Tim earned his B.A. in Early Childhood Education and English from Boston College. Prior to FWS, he taught second grade for four years at J. Erik Jonsson Community School (now the Momentous Institute) in Dallas, Texas, a school focused on employing research-based, brain-compatible teaching and learning practices while building relationships with children and families. Tim has been with FWS since 2011, where he has taught second through sixth grade. He strives to infuse character development, service learning, and vocational training into the children’s daily practices. His students run their own class business, using the funds to purchase classroom supplies and gym equipment, as well as to make charitable donations. Since 2019, Tim has served as the school’s Director of Outdoor Education, planning and implementing weekly “Park Day” trips that serve as the students’ P.E. and monthly “Exploration Days” where the students engage in the local community through hikes and service projects, as well as docent led programming from such organizations as Arroyo Foothill Conservancy and the Friends of the L.A. River. His students participate in an annual campout in Malibu. As Dean of Quaker Practices and Principles/School Culture, Tim facilitates the children’s weekly Morning Meeting as well as other community events such as Community Lunches, Membership Meetings, and the school’s donation drives. Tim is grateful to be part of the FWS community, where each individual’s uniqueness is noticed and celebrated. 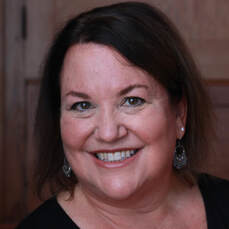 Victoria Mualem is originally from Michigan and has her Bachelor's Degree in Linguistics from the University of Michigan. After graduating from undergrad, she moved to Minneapolis and worked as a preschool teacher. It was there she discovered her passion for teaching. She then went to Hamline University in Saint Paul for two post-baccalaureate degrees in teaching (k-12 ESL and Elementary education). In The Twin Cities she taught in the Minneapolis Public Schools where she worked as a classroom teacher and teaching English Language Learners. There she learned about The Responsive Classroom and found a philosophy of teaching that meshed with her own. She believes that everyone in a school should feel part of a community where they are supported. After 11 years in the Minneapolis Public Schools, she moved to California with her husband and two children (Bella and Levi) . Since living in Pasadena she has taught English language learners in San Gabriel USD and Reading Intervention in Alhambra USD. She is very excited to be working at FWS where the mission is so aligned with her philosophy of education. She loves teaching and believes schools need to help their students to be respectful, responsible members of society who care about each other and the world around them. In her spare time,Victoria enjoys spending time with her family and friends, reading,playing music, going on long walks, and playing with her pet rabbit, Poppy. 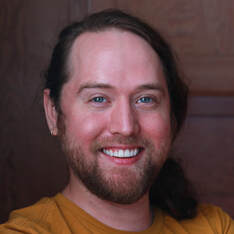 Andrew holds a BFA in Acting from the University of the Arts in Philadelphia, where he spent 14 years acting and teaching. Among the several theatre organizations he taught with, he was the co-head of Education for Curio Theatre Company from 2016-2018, and during his tenure with the company, they were awarded the 2017 Victory Foundation Award for Outstanding Theatre Education Program. Andrew has spent the last 5 years as a Lead Health Educator with Public Health Management Corporation, where he taught comprehensive, consent-based Sex Ed to teens and young adults with Autism. Additionally at PHMC, he developed a LGBTQIA+ 101 curriculum that was implemented in many professional organizations throughout Philadelphia. As a Pasadena native, Andrew is thrilled to return to his home town to join the team at Friends Western School, where he looks forward to working with dynamic and exuberant learners both in and out of the classroom. ​ 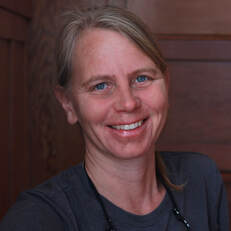 Kindred Gottlieb has taught Art at Friends Western School since 2014 and Wisdom Arts Laboratory since 2010. Prior to that, she served in a number of jobs including Art Director for the puppet film company Classics in Miniature, assistant exhibit developer for New York Hall of Science, Lighting Director for Seattle Repertory Theater, Master Electrician for UCLA's Theater Department, and Company Stage Manager for the comedy troupe Culture Clash. She also served as Technical Director for the Berlin-based dance theater Dock 11 and has designed lighting for many dance companies including Helios, Body Traffic, and the Debbie Allen Dance Academy. She is interested in the intersections between movement improvisation, urban planning, healing, and visual art, and she shows her sculptures at the Hive Gallery in Downtown LA. Kindred has taught both Spanish and Art for the Arroyo SECO Network of Timebanks of which she is a founding member. She learned Spanish while volunteering in Mexico for the indigenous empowerment organization, SEDEPAC. Kindred holds an MFA in interdisciplinary art and decolonial studies from Goddard College, a certificate in social-emotional arts education from UCLArts and Healing, and a BA in neuropsychology and the creative process from Hampshire College.